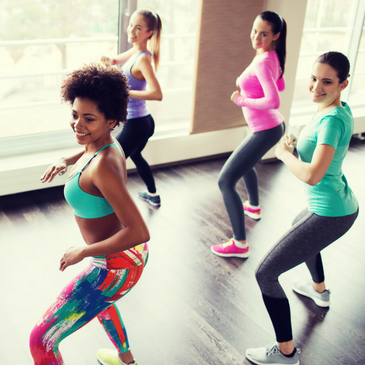 A few years ago, a friend and I took a group of teenage girls to a popular studio for dance lessons. The girls were extremely excited to be taught by a professional dancer. As the instructor taught the steps to a choreographed dance routine, they caught on rather quickly. However, one young lady in our group was an advanced dancer and it showed. The instructor even had her demonstrate a few steps to help teach the others.

After the lesson, while most of the girls excitedly discussed their experience, one young lady wore a dejected expression on her face. After talking with her, we learned that she was upset that she couldn’t dance as well as the advanced dancer. Then, we pointed out a pivotal fact: the advanced dancer had taken dance instruction for several years. We reminded her that it was highly unlikely that a first- timer would catch on as quickly or move as confidently as an experienced dancer because expertise develops over time. She agreed with us and was able to let go of her feelings of inadequacy.

Later, I thought about how there’d be many more times in her life where she’d face the destructive, yet common mistake of comparing herself to someone else. This is definitely something I can relate to. 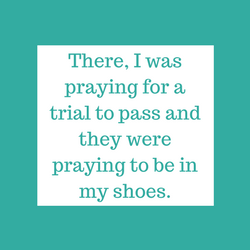 Usually, I am a fairly secure person. However, when I’ve had areas of insecurity, I’ve been prone to make comparisons too. Each time, I walked away feeling that I wasn’t good enough. One example occurred when I began the groundwork for my nonprofit organization. As I researched existing nonprofits, some major; others minor, I compared my organization to everything from their website design to their mission statement. While my initial intent was to just learn from those already in the industry, I soon began to compare their success to my insufficiencies.

Just like the young lady at the dance class, when I chose to compare myself, I didn’t consider all the facts. I didn’t know how long it took the founders to establish themselves. I didn’t know the day-to-day stressors they faced. I didn’t know the circumstances that led to their organization’s “perceived success”. I only knew what I was told and that their final product was attractive.

I had foolishly filled in the gaps with a story I created, where the other person lived a fairytale existence and I just didn’t measure up. The comparison paralyzed me. I packed away my plans and pretended that my dream had never formed in my heart. Much later, I revisited my dreams and eventually founded Free to Flourish, Inc. (f2fwoman.com).

While I have certainly had more than one instance where I compared myself to others, more frequently I have been the person others compare themselves to. It’s funny that the times others perceived that I “had it all together” were typically times where I had to face some of the biggest struggles of my life. There, I was praying for a trial to pass and they were praying to be in my shoes. They had no idea the shoes had no soles. Lol!

Some suggest that comparing down helps balance things out. In other words, if you’re going to make a comparison, remember not to only consider those doing better than you are but also those not doing as well as you are. While this might work for some, I avoid comparisons. The way I see it, their journey is not my journey! So, I’ll only compare where I am now to where I’m called to be.

Let everyone be sure that he is doing his very best, for then he will have the personal satisfaction of work well done and won’t need to compare himself with someone else.