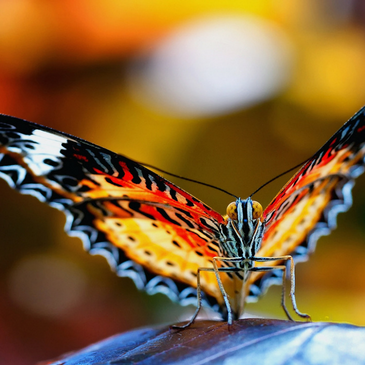 Butterflies are my favorite insect. I love their array of colors and shapes!  But mostly, I’m attracted to their journey from caterpillar to cocoon to butterfly. It reminds me of my journey. So this year, when a friend gave me a butterfly habitat for my birthday, I was intrigued. I never expected to learn life lessons, yet I did.

They arrived as tiny caterpillars, and each morning, I was excited to see how much they had grown overnight. One morning, I noticed that all of them were moving around and climbing the net except for one. That caterpillar remained motionless on the floor of the habitat. 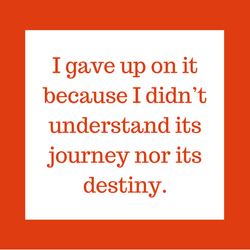 A few days later, they were all in their cocoons hanging from the ceiling of the habitat, except for the one that laid on the floor. I officially pronounced it dead. The only reason I didn’t remove it from the habitat and throw it in the trash was because the movement would have disturbed the other cocoons.

The following day, I was surprised to find the “dead” caterpillar on the floor in its cocoon. I still assumed it would never develop into a butterfly.

Eventually, the butterflies emerged from their cocoons one by one, including the one I thought was dead.

I learned an important lesson from that butterfly.

I gave up on it because I didn’t understand its journey nor its destiny. Its process didn’t look the way I thought it should look. It didn’t look like the others. I only saw the outward appearance but God always knew it would become a butterfly.

It’s a sobering thought. But I take comfort in knowing that God knows our journey and He loves us through our struggle all the way to our potential… even when it takes us longer to get there than others.

…Before we were even born, he gave us our destiny.